Patricia Saotome Sensei holds the rank of nanadan (7th dan) and Shihan in Aikido.  She has been training with Mitsugi Saotome Shihan since May 1975, and was one of the students in his first US Dojo. She has participated in demonstrations with Saotome Sensei around the US, in Japan and France, and has taught Aikido seminars at various ASU Dojos across the United States.  She has trained in, taught at, and helped to build and grow the ASU Sarasota Aikikai Dojo (1975-1979), the Aikido Shobukan Dojo in Washington D.C. (1979-1985 / 1988-1995), the Chicago Budokan Dojo (1985-1987) and the Myakka City Aiki Shrine (1995 to present).

She held the position Chief of Staff for the Aikido Schools of Ueshiba organization until 2016, and was responsible for the management and coordination of ASU’s member schools.  Patty Saotome Sensei is one of the first recipients of the Ueshiba Juku designation, an honor recognizing her lifetime of dedication to the art and transmitting the teachings of Mitsugi Saotome Shihan and the Founder.  Patty Sensei is recognized as one of the leading female practitioners of Aikido today, and has been very influential in building and shaping the growth of the Aikido Schools of Ueshiba.

Patty Saotome Sensei translated Saotome Sensei’s lectures into written English, edited and did the photographic work for “Aikido and the Harmony of Nature.” 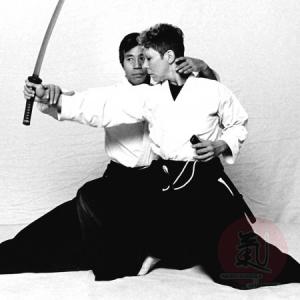